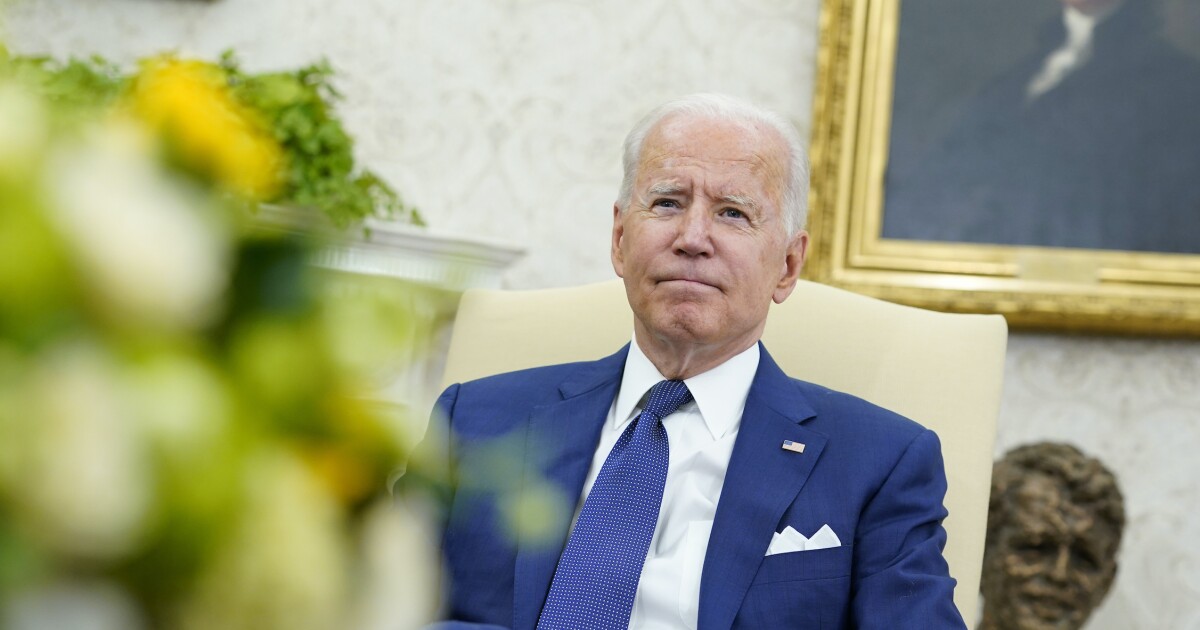 An economy growing at 6.4% would be great news for most White Houses. But with inflation surging to 5.4%, many are not feeling the economic good times, and they know exactly whom to blame.

“Everything just costs more, and no one’s really making more other than if you get government money, which I did get some,” 52-year-old school maintenance worker John Novak told the Associated Press this week. “I’d rather have prices lower.”

Novak is not alone. According to an AP poll conducted last week, 54% of voters say the economy is in poor shape. In a separate Morning Consult poll, 59% of voters said Biden’s policies were to blame for the 13-year high in inflation, and 54% expect inflation to get worse.

The Democrats' reaction to these numbers has been, “Damn the inflation, full spending ahead!”

That is essentially what Hawaii's Sen. Brian Schatz told NBC News when asked how his party should respond to the country’s very real inflation fears. “Even if I thought there were a serious inflation problem, it is hard to argue that 50 years from now, the question will be how did this Congress manage transitory inflation,” Schatz said. “The question that everyone’s going to be looking at 50 years from now is: Did we address the planetary crisis when we could or did we not?”

Opinions about just how “transitory” the current inflation problem is, appear to be rapidly changing. Federal Reserve Chairman Jerome Powell told reporters just this week that “bottlenecks, hiring difficulties, and other constraints could continue to limit how quickly supply can adjust, raising the possibility that inflation could turn out to be higher and more persistent than we expected.”

So much for “transitory.”

At the moment, Sen. Kyrsten Sinema, the Arizona Democrat, may be the only one standing between her party and the inflationary cliff from which its members seem all too eager to jump. With Biden falsely claiming that his $3.5 trillion spendapalooza will “reduce inflation,” Sinema is pushing back against the bill's price tag. “I do not support a bill that costs $3.5 trillion,” she told the Arizona Republic Wednesday.

Since March 2020, the federal government has pumped more than $5.4 trillion of deficit spending into the U.S. economy. Biden’s $3.5 trillion bill would bring that total to $8.9 trillion. Throw in the $17.7 trillion that the federal government was already scheduled to borrow over the next 10 years, and that comes to almost $27 trillion in new debt in one decade. Keep in mind that our entire economy produces only $22 trillion per year.

It didn’t have to be this way. Thanks to the miraculously successful Operation Warp Speed, the U.S. economy was already recovering swiftly before Biden took office. All he had to do was step aside and convince as many people as possible to get vaccinated.

Instead, Biden took the partisan route, falling under the sway of sycophant “historians” who falsely told him he could be the next Franklin Roosevelt. Now, workers and savers are paying the price at the pump, at the grocery store, and in their rent payments. Hopefully, Sinema will hold fast and help stop the bleeding.