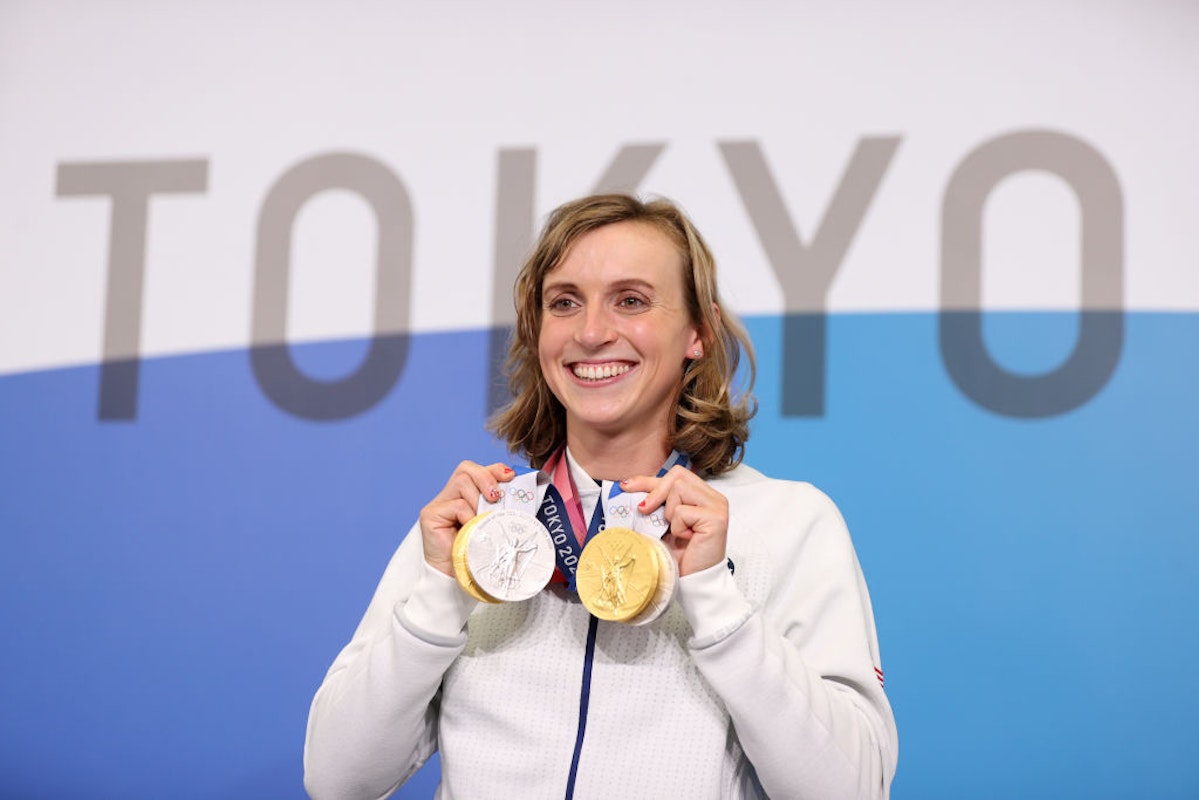 The Tokyo Olympics have been a roller coaster of emotion.

From having to patiently wait a year due to the pandemic in order to watch our athletes on the world’s biggest stage, to stories of perseverance like gymnast Suni Lee, it’s been an up and down Olympics for Team U.S.A.

There was no better example than Friday night, when Olympic greatness and Olympic disappointment coincided.

Katie Ledecky is the face of women’s swimming, with 10 Olympic medals, including seven golds and three silvers in her three Olympic appearances. On Saturday, she capped off her Tokyo Olympics in impressive fashion.

Entering the event, there were some that were unsure if the 800-meter freestyle would be the last time we would see Ledecky competing on the Olympic stage. Ledecky quickly put the thought to rest as soon as the race came to an end.

“That was not my last swim,” Ledecky told NBC with a laugh. “I’m at least going to ’24, maybe ’28. We’ll see. You never take anything for granted. You don’t know if you’re gonna be back at the next Olympics, so you just try to soak it all in.”

It was a fitting end to the Olympics for Ledecky, vanquishing Titmus who topped her twice in Tokyo after defeating Ledecky in the 200-meter and 400-meter freestyle.

“I’m really, really thrilled to have that kind of competition,” Ledecky said. “It’s something that fuels me, and I know it fuels her as well. And I hope that I can keep up and stay competitive here moving forward.”

“I really just wanted to end on a really good note,” she said. “I just knew it would just linger with me if I ended on a bad note, so I just tried to use that as motivation to finish on the best stone possible.”

Right as Ledecky was getting ready to hop in the pool, the bad news arrived.

Simone Biles will not be competing in the event finals for vault and the uneven bars on Sunday.

“Today, after further consultation with medical staff, Simone Biles has decided to withdraw from the event finals for vault and the uneven bars,” U.S.A Gymnastics said in a statement. “She will continue to be evaluated daily to determine whether to compete in the finals for floor exercise and balance beam.”

After further consultation with medical staff, Simone Biles has decided to withdraw from the event finals for vault and the uneven bars. She will continue to be evaluated daily to determine whether to compete in the finals for floor exercise and balance beam. pic.twitter.com/kWqgZJK4LJ

Fortunately, Biles is not the only women’s gymnast participating in the 2020 Olympics who is capable of finishing at the top of the world.

Sunisa Lee stepped up in a big way on Thursday, taking home gold in the women’s individual all-around event.

Lee will be competing in the women’s uneven bar finals on Sunday, an event in which she thrives.

For Biles, what has been an extremely disappointing Olympics is not yet over. She is scheduled to compete in the women’s individual floor exercise and balance beam next week, though her participation is very much in doubt.

Biles is said to be suffering from the “twisties,” a term used by gymnasts to describe when they get lost in the air. The condition can cause serious injury.

“We remain in awe of Simone, who continues to handle this situation with courage and grace, and all of the athletes who have stepped up during these unexpected circumstances,” USAG said in the statement.

Joe Morgan is the Sports Reporter for The Daily Wire. Most recently, Morgan covered the Clippers, Lakers, and the NBA for Sporting News. Send your sports questions to [email protected]

The views expressed in this piece are the author’s own and do not necessarily represent those of The Daily Wire.