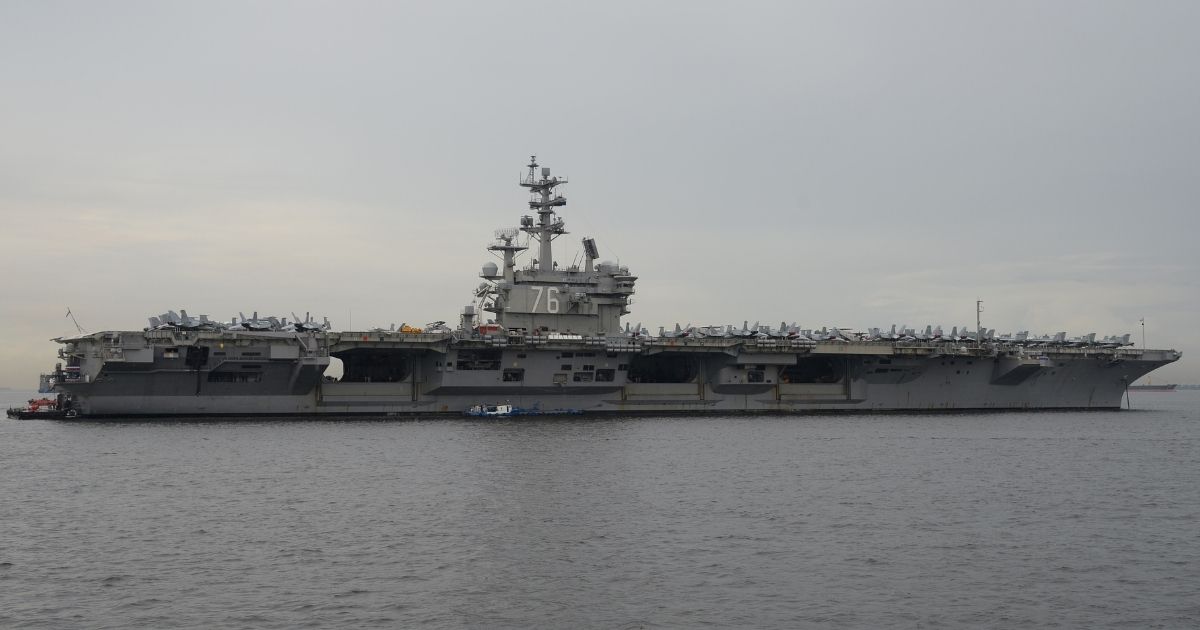 After a deadly attack on an oil tanker off the coast of Oman, the USS Ronald Reagan is now involved.

In the wee hours of Friday morning, the tanker, MT Mercer Street, was hit by what officials believe was a drone, according to The Times of Israel.

The attack killed two crew members – one British and one Romanian.

Israeli officials blamed Iran for the attack. In recent months, Iran and Israel have each had their ships fired upon and blamed the other for the attacks.

Although past assaults have damaged shipping, this is the first attack in which crewmen aboard the vessels have been reported killed.

U.S. Navy has boarded MT Mercer Street. It’s telling that USS Ronald Reagan, which is escorting the ship now, was dispatched to help U.S. withdraw from Afghanistan. Another lesson why withdrawing from Middle East to pivot to Asia remains a pipe dream. https://t.co/aJR9tIGsIF

The ship has an Israeli connection because it is operated by Zodiac Maritime, owned by Israeli businessman Eyal Ofer. The Liberian-flagged vessel has a Japanese owner, Zodiac Maritime said.

Is war with Iran necessary?

The Ronald Reagan is now escorting the ship, U.S. Central Command said in a statement, according to Reuters.

“U.S. Navy explosives experts are aboard to ensure there is no additional danger to the crew, and are prepared to support an investigation into the attack,” Central Command said.

BREAKING: Israeli and American sources have told Channel 13 and Walla, respectively, that Iran used a suicide drone to strike the M/T Mercer Street.https://t.co/yPCXieygyc

“Senior political figures: Israel will soon respond to the attack on the Mercer Street ship by Iranian suicide drones, the response will be military on Iranian targets. At the same time, Israel launched an international campaign demanding that Iran be punished for its attack” https://t.co/K1NBmZLCA3

According to a U.S. Navy statement, the guided-missile destroyer USS Mitscher is also escorting the Mercer Street.

An unnamed U.S. official confirmed the attack blew a hole in the top of the tanker’s bridge, The Associated Press reported.

Israeli Foreign Minister Yair Lapid tweeted late Friday that he talked to British Foreign Secretary Dominic Raab about the “need to respond severely” to the attack and Iranian terrorism.

“Iran is not just an Israeli problem, but an exporter of terrorism, destruction and instability that affects the whole world,” Lapid wrote. “We can never remain silent in the face of Iranian terrorism, which also harms freedom of navigation.”

Iranian TV discussed unnamed sources who said the attack was in response to a suspected Israeli attack on the Dabaa airport in Syria, Reuters reported.

The United Kingdom Maritime Trade Operations said the ship was in the Indian Ocean when it was attacked.