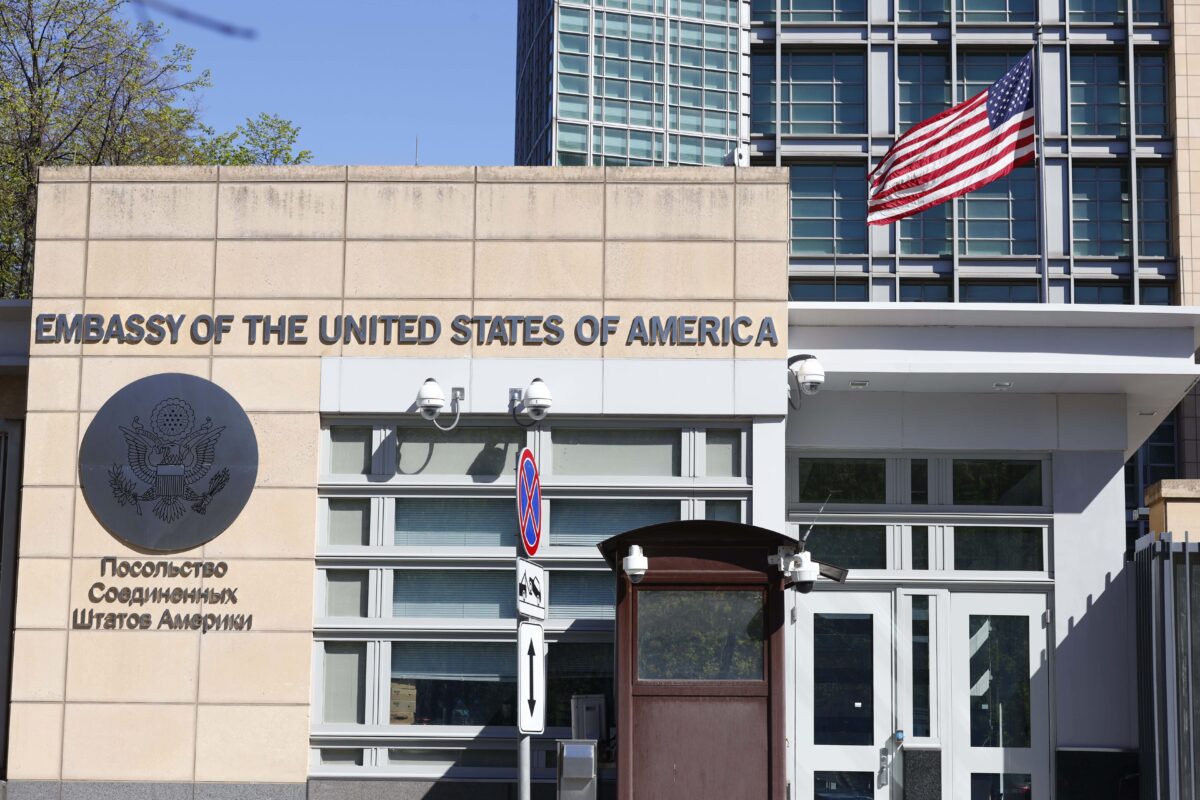 MOSCOW—The United States said Friday it has laid off nearly 200 local staffers working for its diplomatic missions in Russia ahead of an Aug. 1 deadline set by the Kremlin for their dismissal. The move is just the latest in a series of measures taken by both sides that have strained U.S.-Russia relations.

Secretary of State Antony Blinken said the layoffs are regrettable and something the United States had hoped to avert, despite a sharp deterioration in ties between Moscow and Washington, which show few signs of improvement.

“These unfortunate measures will severely impact the U.S. mission to Russia’s operations, potentially including the safety of our personnel as well as our ability to engage in diplomacy with the Russian government,” Blinken said in a statement.

“Although we regret the actions of the Russian government forcing a reduction in our services and operations, the United States will follow through on our commitments while continuing to pursue a predictable and stable relationship with Russia,” he said.

The Russian Foreign Ministry was silent on the matter and the Russian Embassy in Washington did not immediately respond to a query.

Russia earlier this year announced a ban on almost all non-American staff at the embassy in Moscow and consulates in Yekaterinburg and Vladivostok. That came in response to U.S. expulsions of Russian diplomats and tit-for-tat closures of numerous diplomatic facilities in each country.

Those expulsions and closures came in the context of U.S. sanctions imposed over Russian interference in the 2020 U.S. presidential election, the poisoning of a former Russian spy in Britain, and the arrest of opposition figure Alexei Navalny and crackdown on his supporters, as well as involvement in the SolarWind hack of U.S. federal agencies. All are activities that Russia has denied.

After the announcement of the ban, the embassy suspended routine consular services and since May has been processing immigrant visas only in the case of life-or-death emergencies.

The suspension of consular services has also left Russian businessmen, exchange students, and romantic partners adrift because they are no longer able to obtain U.S. visas in Russia.

Still, the United States had been cautiously optimistic that the Russian decision might be reversed at last month’s meeting between Presidents Joe Biden and Vladimir Putin in Geneva. But those hopes evaporated even after the two sides resumed strategic arms control talks this week.

Thus, Friday’s announcement sealed the employment fate of 182 locally employed staffers who worked as office and clerical staff, drivers, and contractors at the U.S. facilities. Only security guards who work outside the gates of the compounds were exempted from the ban.

“The United States is immensely grateful for the tireless dedication and commitment of our locally employed staff and contractors at U.S. Mission Russia,” Blinken said. “We thank them for their contributions to the overall operations and their work to improve relations between our two countries. Their dedication, expertise and friendship have been a mainstay of Mission Russia for decades.”

“We value our deep connection to the Russian people,” Blinken added. “Our people-to-people relationships are the bedrock of our bilateral relations.”

By Daria Litvinova and Matthew Lee